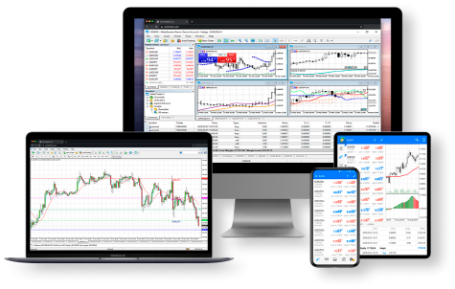 What is Metals online trading

Participants of the Forex market have the opportunity to trade not only currencies. Another highly profitable type of trading available to traders is precious metals, most commonly gold (XAU) and silver (XAG). While buying gold is a favorite way to save capital in times of economic uncertainty, working with silver can bring a lot of profit to experienced traders, being a more secure investment in times of crisis than currency. Indeed, investments in precious metals have always been profitable and will remain so as long as mankind exists. The explanation is very simple - the product is limited, inaccessible, and durable.

In ancient times, gold was used as a means of payment because the material is not subject to corrosion, does not oxidize, and is very easy to process. Silver came into use for the same reason, but due to easier extraction, the metal is cheaper. Precious metals are the necessary means for long- and medium-term traders, which help to tackle the inflation, as well as unexpected sharp price movements. In terms of global trading, metals are a liquid asset employed by retail traders, companies and hedge funds to diversify portfolios. Considering online precious metals trading, one should take into account that, like other goods, precious metals are subject to the law of supply and demand. During a deficit, the price rises rapidly, while when the market is oversaturated, it falls. It leads to exchange rate fluctuations. To invest in precious metals you need to wait for the right time, then the investment will pay off more than ever. At present, almost all the brokerage companies offer their clients trading CFDs on precious metals, even allowing the fractional lots, which enables people to get started with the less account balance. Precious metals All metals are divided into two large groups - ferrous and non-ferrous. In particular, the first category includes iron, manganese and chrome, as well as all the alloys that include those elements. The second category includes all metals on the surface of which a thin oxide film is formed to protect the element from further exposure to aggressive media. Gold has very high volatility, so it mandates a cool mindset and serious approach. Behind a rather long price decline, the probability that gold will return to its previous high levels and actually surpass them is very high. It has always been an indicator of global economic performance. During its growth period, when consumption increases and all sectors of the economy rise, the price of gold falls. Conversely, in case of economic stagnation, gold is perceived by investors as the most stable and liquid means of capital saving. Gold is the most famous and popular asset, but there are other types of metals besides it. Investors often bypass them because they are not ready to experiment and follow the established public opinion. This behavior is rational because it is about money, but not necessarily. Other metals can also be used for hedging. The main advantage of metal is that its price increases significantly during economic crises. Such investments in precious metals are considered the most stable and safe. For investing in precious metals, silver is the choice of those who want to make a quick profit. The value of the asset is ten times lower than that of gold, so for precious metals spot trading silver is excellent and does not require large sums of money. At the same time, metal is actively used in industry and is not only a means of payment. It leads to the fact that in times of economic stagnation the demand for it drops, and the price decreases. An investor needs to understand that such situations are cyclical and occur with enviable regularity, so sometimes it is just necessary to wait for the crisis, and the silver price will recover. Platinum was opened relatively recently - in the 16th century and initially was not very popular. Unlike gold and silver, platinum is almost impossible to process. For its melting it requires a temperature of 1768 degrees Celsius. The technical possibility for processing appeared only in the 18th century. Physicists were interested in the strange material, which very quickly found the metal in the industry. The main advantage of platinum - the deficit, it is one of the rarest elements on earth, its production is carried out only in two deposits: in Siberia and South Africa. It leads to the fact that platinum is on a par with gold, and during technological booms it exceeds the price of the yellow metal. Since platinum is not very popular in jewelry and as a means of payment, the main interest for investors is online precious metals trading. Using this precious metal for spot metals trading is more interesting than gold. Trading requires approximately the same initial capital, but platinum can provide a much larger margin. In the long term, the future of platinum is still difficult to determine. The main application is catalysts, which are used in the automotive industry for exhaust gas purification. But classical ESPs are replaced by electric cars, which reduces the demand for platinum. Nevertheless, the properties of the metal have not yet been fully studied, so it may again find itself at the peak of its popularity and become more expensive than gold. As can be seen, CFDs on precious metals are quite decent way of investment, since in the long run their prices depend on the fundamental laws of supply and demand, in particular, copper is depended on the electronics, aluminum relies on aerospace industry, zinc is inextricably linked to metallurgy, and the future of nickel may be determined by the market of electric cars. Unfortunately, it is not always possible to get timely information on the relevant sectors, so people simply refuse to carry out a fundamental analysis. It is extremely undesirable to rely on only one type of analysis. Hence, both fundamental and technical factors should be considered when you trade precious metals online.